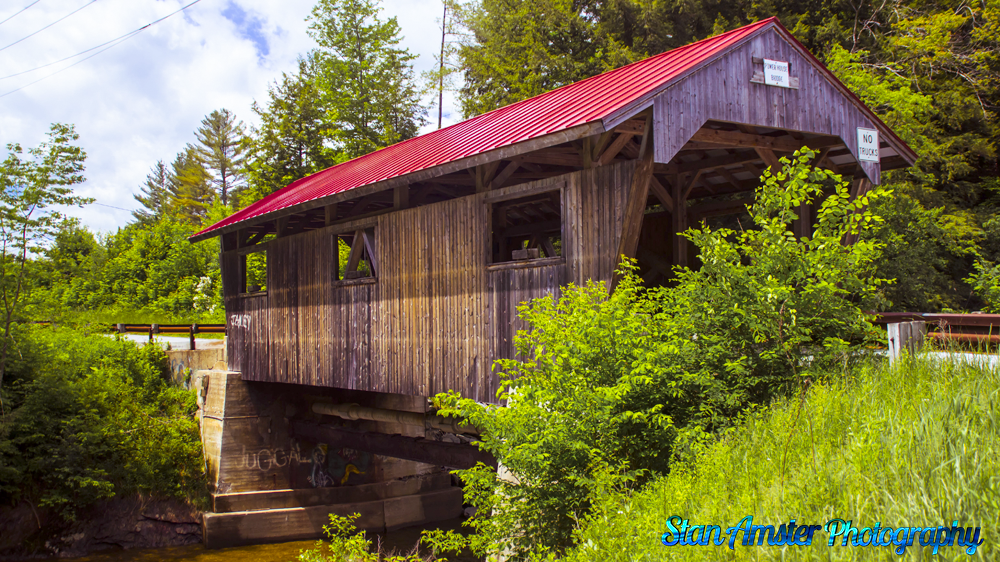 The Power House Covered Bridge, also known as the School Street Covered Bridge, is a covered bridge from 1872 that crosses the Gihon River off State Route 100C in Johnson, Vermont, US. It was listed on the National Register of Historic Places in 1974. The bridge’s name is from a now obsolete hydroelectric generating station just upstream from it. The bridge is of Queen post truss design by an unknown builder.

The Power House Covered Bridge is located east of the village of Johnson, on School Street just west of Vermont Route 100C. It cross the Gihon River, a tributary of the Lamoille River in a roughly east–west orientation. It is a single-span Queen post truss structure, 63.5 feet (19.4 m) long and 19 feet (5.8 m), with a roadway width of 16 feet (4.9 m) (one lane). The bridge rests on stone abutments faced in concrete, and is covered by a gabled metal roof. The exterior is clad in vertical board siding, which extends around to the insides of the portals. On the sides, the siding does not extend all the way to the roof, leaving an open strip. The trusses include iron rods for stability, and have had metal plates added to some of the joints for increased strength.